The house in Miramar for the wealthy industrialist and philanthropist, Eutimio Falla Bonet (1905-1965), was the best example of Batista’s synthetic approach.  Built in 1938 in collaboration with his brother Ernesto, an engineer, the house was located on 1st Avenue along the coast. In plan, the house wraps around a private courtyard that sits between a motor court in the front and a rear patio with a pool overlooking the Straits of Florida. The integration of colonial (vernacular) elements such as brick, stucco, wood, tile, and wide over-hanging eaves with a more modern emphasis is very similar to what Frank Lloyd Wright had been doing in his early career with the Prairie houses. Batista’s pinwheel plan around the courtyard is also very much like Wright’s approach to the hearth as a centralizing device, though here the patio is the focus. Throughout the scheme, wooden galleries intersect and connect the various volumes, creating an open plan that “devotes considerable space to living and lounging area, leaving the bedrooms relatively small.”  Finally, the architect painted the indoor bar with a landscape mural containing Creole motifs that underlined the rustic vueltabajera character of the structure. 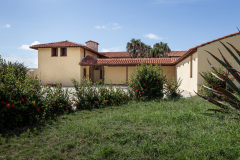 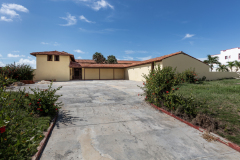 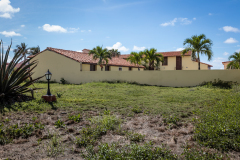 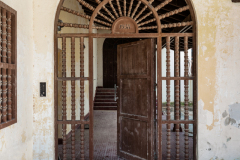 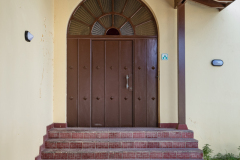 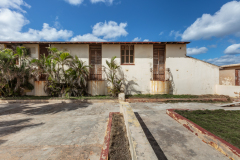 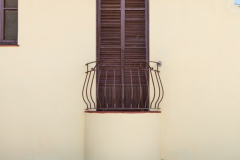 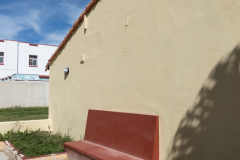 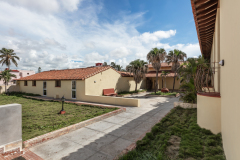 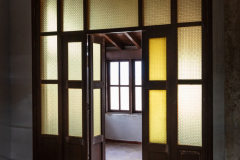 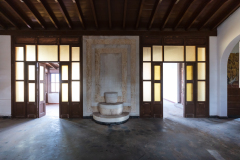 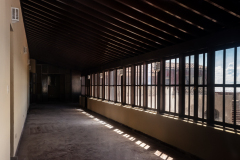 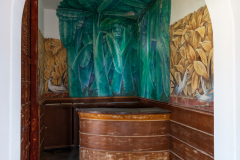 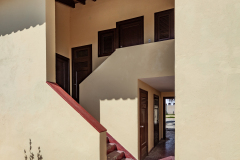 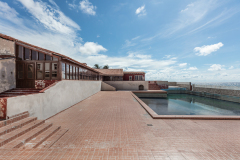 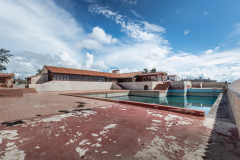 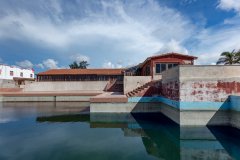 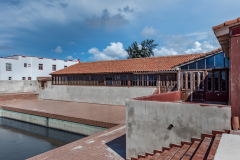 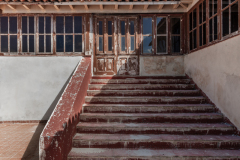 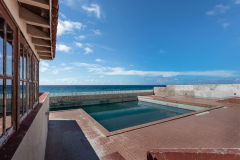 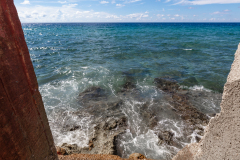