The Hilda Sarrá house, at the corner of 2nd and 19th streets in the Vedado, is considered an exemplary model of Cuban “streamline moderne” containing a curvilinear black-and-white staircase whose form is expressed on the exterior would also be repeated in one of the three Sánchez Batista residences. 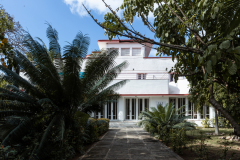 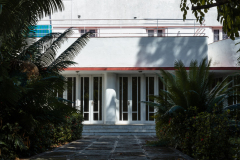 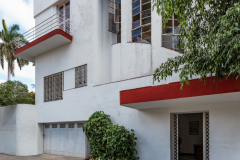