Porro’s house for Timothy James Ennis, also in the Nuevo Vedado, was the last house he built in Cuba before his self-imposed exile to Venezuela where he became a Professor at the University of Caracas until 1960.  Here, hard straight lines and a single sloped roof contrast with the curvilinear walls and volumes below. Resting on a rock wall, the house lacks the delicateness and transparency of the earlier Abad house, and not surprisingly, the waterspout resembles a male penis. 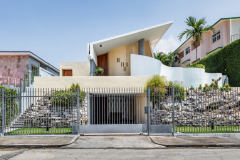 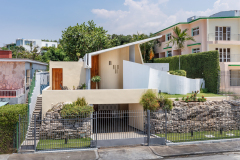 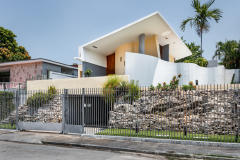 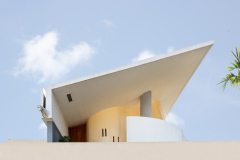 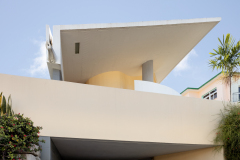 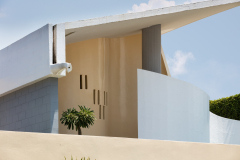 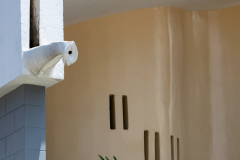 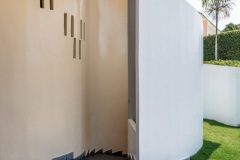 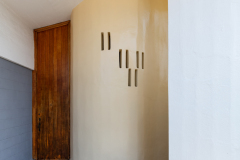 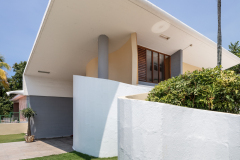 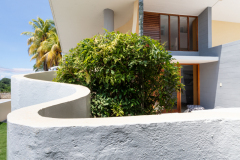 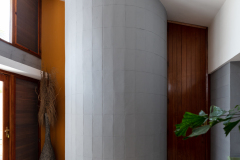 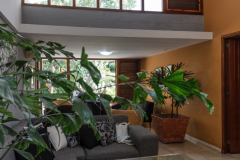