The Biblioteca Nacional (José Martí National Library, 1955-57) is located in the Civic enter on the right side of the monument to Martí, and equally designed in the classical-modern style with a rationalist three-bay entrance portico.[i] In its final configuration, the library was organized in three sectors. In the front, past the three-bay portico, a large rotunda, flanked by two large rooms, forms the most public section, marked by a spectacular stained-glass cupola. In the center, a large and tall stone-clad slab contains the stacks and other services; at the back, the reading rooms are organized as a “U” and lighted by tall colonnade-like windows on top of a plinth. 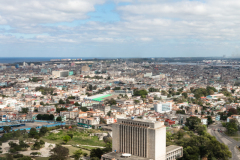 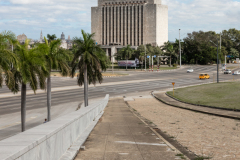 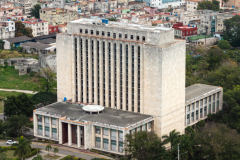 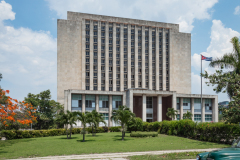 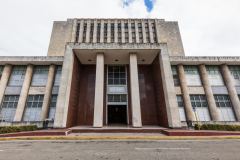 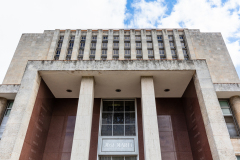 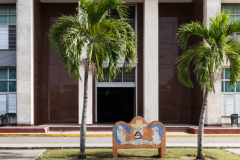 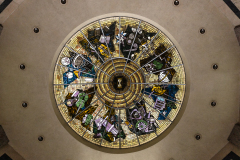 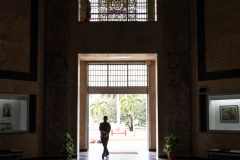