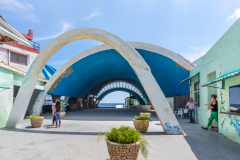 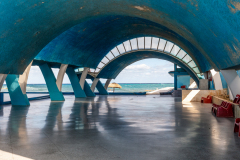 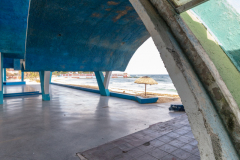 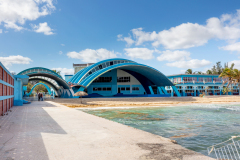 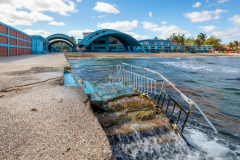 Similar to the Tropicana in its use of expansive and sensuous forms is the Club Náutico in Playa, where Borges demonstrated once again his mastery of concrete.[i] Next to the existing 1920s buildings, he designed a series of low vaulted shells that repeated the telescopic effect achieved at the Tropicana, while their parallel arrangement on the seaside suggests the movement of the waves and makes the building appear to float and soar. Likewise, the fenestration along the vivid blue arches recalls the waves, as does the use of blue and white throughout the building.[ii]